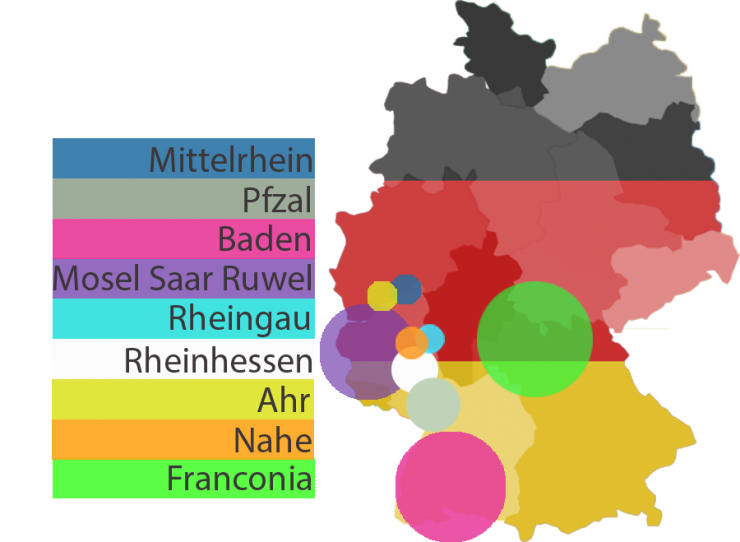 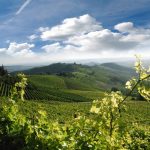 Viticulture in Germany was introduced by the Romans around the 1st century BC. At that time (like today) the cultivation was mainly carried out on the left bank of the river Reno and along the river Mosella. According by historians, it seems that red wines were quite common in Germany during the Roman period. An interesting surprise considering the current vocation of the country for the production of white wines. Until the time of Charlemagne, the vine cultivation was mainly concentrated throughout the western part of the river Rhine, from Alsace to the area where the city of Koblenz is currently located.
The diffusion of the wine production was continued by the Christian monks. In 750 AC, viticulture in the Moselle area was led by monastic foundations that were based on Roman traditions. The monks also introduced viticulture in the areas of Franconia and Bavaria where this activity was strongly practiced even in the Middle Ages. During the era of the Carolingian Empire, Charlemagne worked on the diffusion and regulation of viticulture, mainly to support the spread of the Christian religion. At that time, in all Europe, the main cultivators and producers of wine were the monasteries and churches. It was during this period that the most famous vineyards of all Germany were planted, mainly in the Rheingau area, and which are still productive and renowned.
Viticulture in Germany developed rapidly. The production of wine was carried out both in monasteries and in churches, and in the properties of nobles and mere bourgeois. The grapes that were known and cultivated since those times were Elbling, Räuschling, Silvaner, Muscat and Traminer. The first written record of the cultivation of Riesling grapes (the most famous grape planted in Germany) date back to 1435, especially in the Rheingau areas.