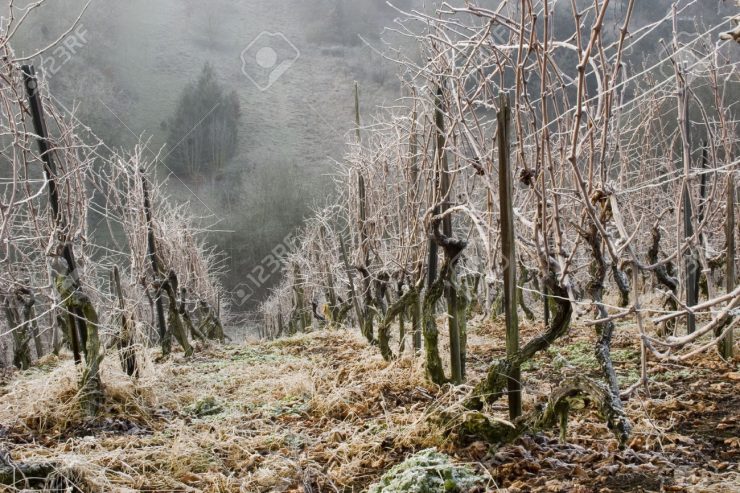 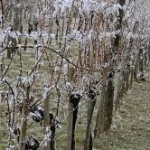 An unexpected enemy attacked our vineyards, the frost.  2017 will be remembered for frost which has destroyed hectares of vineyards. Sudden frosts ruined hectares of vineyards in the center of Europe during the month of April. One of the worst years for vines.There’s one thing winemakers around the world have no control of, and no way to fight against it: the weather.

One of the winemakers’ worst nightmares seems to have happened in April, the freeze of the grapes. The first flowering vineyards are gone to destroyed . It happens almost regularly , it’s still devastating for all those involved in the winemaking industry.

The temperature during one night last week dropped to 0 C. The winemakers estimate that they have lost almost 60 to 70 percent of their yield for the year. The frost has also burned cherries and apricots, which were already far ahead ”

While it’s hard to estimate how large damage is, the situation was serious enough for some of the vineyard owners to try and salvage the situation by starting controlled fires around their vines, but this in some cases was not enough. An obvious anomaly that confirms the climate change in the World, that is manifested with repeated seasonal events and extreme events also with the rapid transition from drought to flood, short and violent rainfall accompanied by hail with heavy effects. The italians  Coldiretti says that agricolture suffered damage for 14 billion euros due to the bizarre weather. Obviously, it can only be possible to solidify with people, even before the producers, that within one or two nights they literally ruined the work of one year.