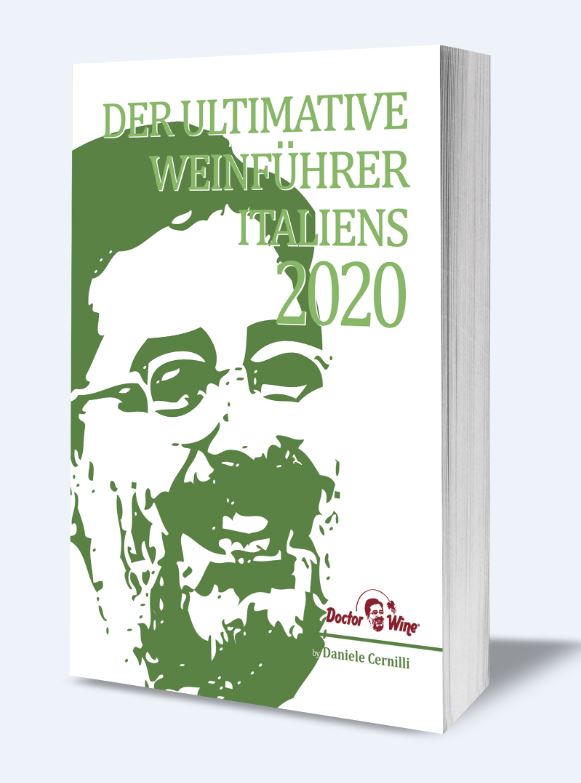 The Oktoberfest is finished, and the sounds of happy beer quaffing in crowded tents are now just a memory. This should be a uneventful time in Munich, a moment for contemplating the colours of the Englischer Garten, in preparation of the Christmas markets and the opening of the ski slope. However the appearances can be deceiving since this is the period when the wine scene of the city blooms, and oenological events pile on each other trying to capture the attention of the wine lovers. 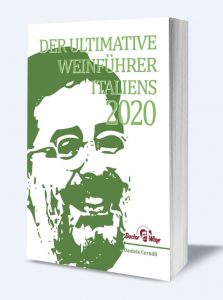 ​​Among the various offers, the event organised for presenting the german edition of the 2020 Doctor Wine guide was an easy pick for anybody interested in discovering the latests about Italian wines. I definitely could not miss such an event!

(By the way, if somebody missed the event, there is another possibility to attend to a similar event in Zürich on the 18th of November 2019).

​​The guide is the brainchild of Daniele Cernilli, one of me major figures in the Italian wine journalism whose fame has reached international level. It is not supposed to be an encyclopaedic handbook of Italian wines, but a catalogue of the best wine which will reach the market in the near future. The selection is performed by a group of extremely experienced wine tasters(many of them women) who samples wines mainly during wine events or by visiting the producers (without neglecting the occasional tasting in wine bars and among friends).

​​The second floor of The Pschorr, a local beer restaurant, located in the hearth of Munich, was a perfect location to host the 37 wine producers present at this event. Once arrived, I was confronted with the too usual question of from where to start. I managed to break the impasse thanks to the appearance of the organiser, Constanze Braun, who professionally explained me the scope of the evening and at the end suggested me to start with some of the sparkling wines (why did I not think about it by myself?). 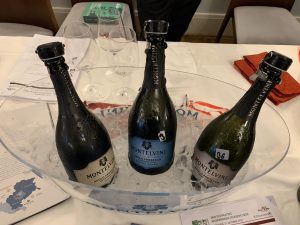 Roaming around the different tables I stopped by Guido Berlucci, whose Franciacorta ’61 Nature 2012 with its 66 months on the lees was a pleasure of brioche and yeast with notes of pineapple and citrus in the mouth. Then I discovered that excellent Prosecco does not only come from Valdobbiadene.  Another denomination of more recent creation is the Asolo Prosecco DOCG and Montevini, with his selection of 3 bottles of Asolo Prosecco Superiore DOCG, Extra Dry, Brut and Extra Brut, showed what wine the area around Asolo can produce. While I found the Extra Dry a little bit too sweet for my taste, the other two were really interesting: the brut presented a really nice balance in taste, a pleasant sweetness with no perceivable acidity or raw herbal notes; the extra brut (only the Asolo Prosecco can use this denomination) showed great minerality within a fresh structure.

Further in my tasting I had to go to pay visit to the wines of Venica & Venica, a producer from Friuli, whose wineyards are situated in Dolegna del Collio on the hills between the coast of the Adriatic sea and the Alps. A borderland which produces some of the most interesting Italian white wines and where several producers are now  developing the culture of agritourism in order to communicate to the visitors the link between the territory and their products. The Venica & Venica Sauvignon Ronco delle Mele Doc Collio 2018 fully deserves the 97 points given in the guide: apple peach and yellow fruits (trow in some flowers as well), elegant and extremely long in the mouth. Lovely, but I had to move on. A white discovery was the Cantina Kellerei Tramin Alto Adige Gewürztraminer Nussbaumer 2017, that filled my nose with notes of rose and exotic fruits which continued for long time in my mouth. The wine is the result of selected grapes from several producers of the area and I could not believe that the wine passes some time in barrel, since it does not have any of the typical notes of wood. 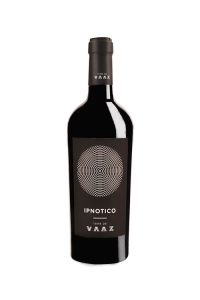 The red landscape of the evening was, on the opposite, a complete disaster(on my side) since I spent too much time chatting with some producers without paying the deserved much attention to what my friends were suggesting me to try. I however managed to recompose myself before the end of the evening and reached for the table of Terre dei Vaaz which several people indicated as a stand worth visiting. There Domenico, the producer explained me his philosophy where a careful process of transformation and ageing produces memorable wines. Then I tried his two, and only, wines, Ipnotico 2017 and Onirico 2017, both derived from primitivo grapes. The black and white geometric labels matched perfectly the names, letting me wonder what will happen after tasting them.  I managed to get the last drops of Ipnotico and I was thankful to be granted such experience. Opulent, rich and long wine with notes of blackberries and apple compote. I feared jam in the mouth, but once I tasted its elegance and equilibrium impressed me. The Onirico on the other side with its notes of red fruits, chocolate and caffe was definitely a well done primitivo, but had no game when tasted at the same time of its bigger brother, a real masterpiece which could stand at the same level of many international great wines.

​​Bonus wine. Just as I was going home I started to a have a conversation with Daniele Cernilli himself about the current wine landscape in Italy and new interesting produces. When as I was leaving he put in my hand an almost finished bottle of Batàr 2016 di Querciabella, telling me “We cannot leave this one here. Try this wine at home”. Of course I tried it the day after. Balanced wooden notes with some hints of nuts. A little bit salty in the mouth that ought To make it a perfect wine with cheese. I immediately went for the fridge where I reached for the parmesan. The Doctor was fully right. 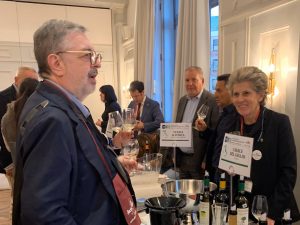